Slaters Control | How to Get Rid of Slaters in the Garden 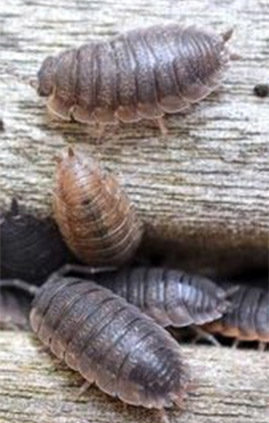 Control Slaters in the Garden 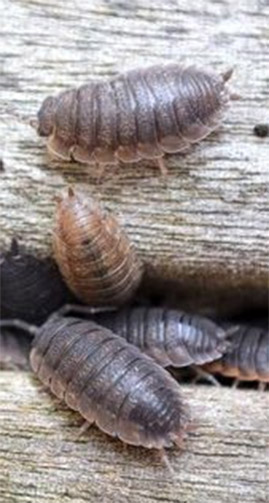 Woodlice are also commonly called as slaters, sow bugs, pill bugs or Roley Poleys. They are crustaceans seen in the garden. They are scavenger insects which feed on dead and decaying organic matter in the soil and helps in increasing soil fertility. They can multiply in moist environments and can damage the seedlings. They have a heavily armoured and flattened and segmented oval body. They grow to a length of 8-20mm and have 7 body segments. Each body segment has one pair of legs. Though they have two pairs of antennae at the anterior end only one pair is visible. At the rear end of the body, there are two tails like appendages.

There are different species of slaters in distribution in Australia. The most common species include Porcellio scaber which is pale grey or brown in colour and the Armadillidium vulgare or pill bug which can roll on to a ball when disturbed. Slaters need moist or damp conditions to survive and are active during night hours. The common hiding places are under the rocks, logs or mulch and in compost heaps.

The female slaters carry the eggs in a pouch till they hatch. The young slaters emerging from the pouch resemble the adults but have only six body segments. The young ones undergo several moulting to reach the adult stage. During the later moulting stages, they will develop the last body segment.

What do Pill Bugs eat?

These land crustaceans are omnivores and feed on decaying vegetable and animal matter and the fungi growing in this decaying matter. They are an important part of the garden food chain as they recycle the decaying Organic Matter. They can cause damage to seedlings when present in large numbers. Canola plants are particularly targeted by slaters and cause seedling mortality and stunted plants growth. They also can affect pastures, lentils etc.

How to prevent Pill Bugs?

To prevent infestation of pill bugs you can practice some prevention methods.

How to control or kill the Pill Bugs?

You need to use residual insecticides in the entry points in the house and in the cracks and crevices where they hide. You can use diatomaceous earth, which may cause abrasions or wounds on the bugs which can lead to the death of the bug.

July 17, 2016
/ by
dayliliesinaustralia
Ask A Question