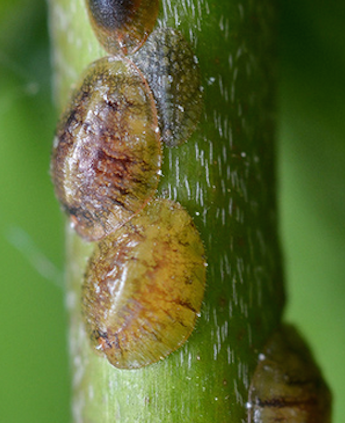 Getting Rid of Scale Insects

Getting Rid of Scale Insects

Scale insects are a serious pest that excretes a substance called honeydew, which can cause the infected plant to experience a lower growth rate. Scale are parasitic insects that measure 2 or 3mm in length and can be found on ornamental trees and shrubs this also includes indoor plants and orchards and even ferns. In Australia, citrus scale insects are usually the cause of sooty mould on citrus trees aside from this the scale insects directly cause the growth of the plant to under develop and defoliate because of a series of damages done to the plant. For example, scale insects are able to remove the food supply as well as the supply of many other valuable nutrients because scale insects suck sap from the tissue of the plant.

Scale insects are ranked into two categories these are soft and armoured. Considering the Soft Scale category, Pink Wax Scale is one of the examples and Citrus Red Scale this is considered to be an example for Armoured Scale category. Did you know why such pests are called Scale insects? The reason for them being called scale is the scaly cover produced by the scale insect that helps it to add protection to its body. The scale insects possess a great ability to attack many of the plants worldwide including Australia and the results of such actions are never going to be budget friendly. With the presence of sooty moulds aided by the scale insect produced honeydew, the damage caused by these insects are irrecoverable and at times, such damages obviously degrades the quality of fruits, leading the fruit to be priced at a lower rate.

The Life Cycle of Scale Insects

We will now focus on the life cycle of these insects by analysing the behaviour of their lifestyles. First of all, there are some differences in the way scales are born because some of the scale insects are born live, the rest of the scale insects hatch from eggs and later on, the life of scales moves into the next stage that allows it to feed by sucking sap.

Poor growth in the plant can be a symptom if the damage that has been done by scale insects is really heavy. The presence of sooty mould and the presence of honeydew are two of the major ways of identifying the symptoms of this stage. There can be bumps which are similar to shells on the undersides of leaves and that can also be a symptom.

Controlling the Citrus Red Scale is an important step that should be taken to avoid the damage caused by scales. Scale Eating Ladybird, also known as Rhyzobius lophanthae scientifically, is generally used to control Citrus Red Scale insects. For controlling armoured scale insects, parasitic wasps like Aphytis lignanensis, Comperiella and Aphytis melinus are commonly used in Australia in IPM Programs aka Integrated Pest Management Programs. One of the effective options that can be helpful for plants that have been grown domestically but not commercially would be to dispose of the infected plants and replace them. This will also help the non-infected plants to grow without any damage from scale insects. However, if there are plants that have not been severely infected by scale insects, a damp cloth can be used to rub off scale insects from the plant. Eco-Oil can organically be used to kill scale insects by suffocation at any time of their life cycle.

Home made spray to get rid of pesky scale on your plants  – this is much cheaper than the commercial sprays and works just as well.

Gently mix together 500ml of vegetable oil and 1/2 cup of dishwashing liquid in an old container. This is a concentrated solution and you only need one tablespoon of this per litre of water to spray on your plants. Avoid spraying on the plants when it is hot and sunny as it can burn the leaves.
Some useful tips on how to identify scale insects their life cycle and how to control and get rid of these serious insect pests.

December 15, 2013
/ by
dayliliesinaustralia
Ask A Question