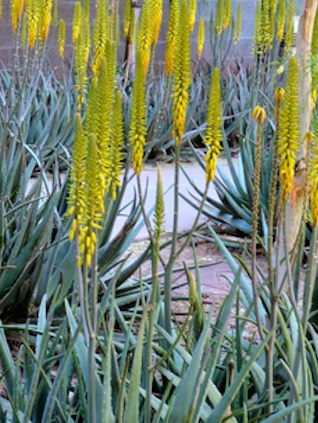 Aloe Vera is recognised as one of many medicinal plants from the lily family known as aloe barbadensis. This succulent has around 200 components like vitamins, minerals, many types of acids like amino acid, fatty acid etc. Which can act as a remedy to many types of problems in the body. The aloe vera plant consists of 99% water, but in the form of a clear gel like appearance. It is also called the houseplant, miracle plant or a natural healer because of its capacity to heal many health issues.

Aloe Vera is native of North America coming from Aloe species, this plant cannot tolerate frosts and is more suited to the warm tropical climates of Australia unless kept out of the freezing weather. This succulent grows up to 40 inches tall with around 15 leaves and spreads by its roots, sprouts and offsets. The leaves of this plant are green or grey green in colour with a thick tapered appearance like thick cactus leaves that grows at ground level, while not related to a cactus but is related to the garlic, onion and turnip families. The 35inch flower spikes carry pendulous yellow flowers measuring a short half an inch long rising from the base of the succulent. The succulent flowers are described as yellow and tubular that flowers annually in spring subsequently this plant was recognised as a healer many centuries ago. The very first record of Aloe Vera was on the walls of the Egyptian temples. The two Egyptians queen used this succulent as a part of their beauty products. King Solomon also was encouraged, grew and used Aloe Vera. It was then taken to Persia and India by Arab traders and was accepted widely there too. Eventually, it spread worldwide and was adopted regularly however, this plant worked like miracles but only when it was fresh. Europe and North America’s medical profession stopped using it and replaced it with drugs. Later, they started importing the plants to grow them at their own place.

How to Grow Aloe Vera

You can buy a well matured plant from garden shops or any plant nursery. Try to select a more matured and larger plant as it will have more life span of survival while been grown indoors. Another advantage of buying bigger plants is that they will have more gel than the smaller plants.

You can place them in an open place around the house in full sunlight or in partial shade. If you are growing these yellow flowered succulents indoors, then it is best to place the plant near a window so the plant will be exposed to much more sunlight.

There are around 400 species of Aloe Vera, but 3 among them are medicinal, they are Aloe barbadensis/vera, Aloe saponaria and Aloe arborescens. You can use it to treat sunburns, scratches, itching of the skin, constipation.

Aloe Vera gives both internal and external benefits to humans

So, bring in an Aloe Vera plant at home and enjoy numerous advantages of the plant everyday and keep yourself healthy and beautiful.

June 6, 2014
/ by
dayliliesinaustralia
Ask A Question