Get Back Earthworms In Gardens Survival Wet Dry Soils 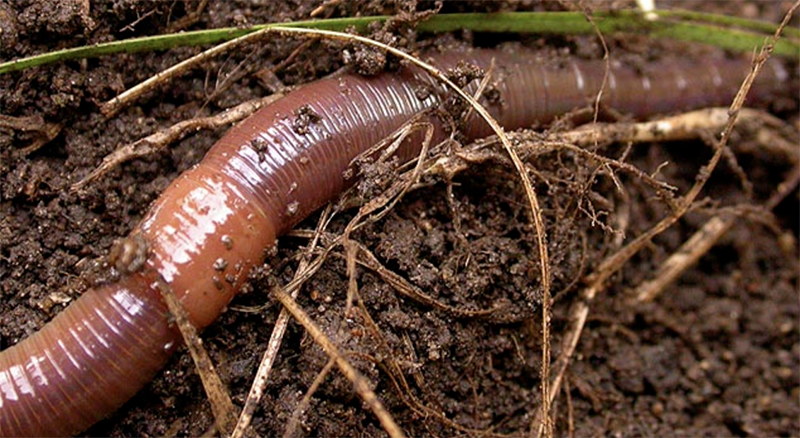 Earthworms are helpful creatures which help to improve the aeration and soil fertility. They clean up the dead and decaying plant debris in soil and convert them into castings which are good fertiliser. The tunnels made by these simple creatures in the soil helps in aerating the soil and also help in preventing soil erosion. The earthworms are on earth for more than 1.2 billion years and there are more than 3000 species of them.  They vary in size from less than one inch to more than 10 inches in different parts of the world. They vary in colour from reddish to brown or grey.  They have a small cylindrical soft body with slimy skin, which helps them to breathe. The worms cannot breathe if their skin becomes dry.

Earthworms are hermaphrodite animals which have both testes and ovaries in a single worm. Male sex organs are located in certain body segments and female organs are in some other segments. Two worms align themselves side by side with their head in the opposite direction. The sperm from one earthworm will be transferred to the receptacle of the other worm. The mucus produced by the gland tissue clitellum carries the egg towards the male sex segments which carry the sperm and fertilisation occurs. The clitellum moves forward carrying the fertilised eggs and finally slips off from the anterior end of the worm. The clitellum gets sealed on both ends and it is left in the soil. When the conditions become favourable, then the embryos come inside the clitellum hatches. They become an adult within 10 to 55 weeks depending on the species. It is interesting to know that the lifespan of earthworm ranges from 4 to 8 years.

Where do they go when the soil is dry?

Earthworms survive the dry soil conditions by digging deeper into the soil where moisture is available. Earthworms need water for respiration, to produce mucus that helps them to move and to protect their skin. During aestivation inside the deep burrows, they will make their body into a tight curl so that their body area exposed to dry soil is limited. They will seal themselves with the mucus to make a chamber which provides the necessary humidity.

Where do earthworms go during winter?

When your garden soil gets cool cold or freezes and when the earthworms are unable to feed, they burrow deep tunnels into the soil. The tunnel may be as deep as 6 feet. They insulate their body with the slime or mucus and they will come out once the soil thaws.

Why earthworms come out during the rain?

During rain, the earthworms come out to the soil surface as the wet conditions during rain provide earthworm safe and easy way to move to new areas. During heavy rains, the tunnels in the soil get waterlogged and this reduces their oxygen availability. They need to come to the surface where their skin can come in contact with air to breath. They prefer moist soil than waterlogged soil.

How to get earthworms back into your garden?

Earthworms require a lot of organic matter and moisture in the soil. Add compost or dead leaves into the soil so that earthworms will get a good supply of food and moisture needed for their growth. Make sure that your garden soil has good drainage to prevent water logging. You can use clipped grass or dead leaves or any other mulch to add more organic matter to the soil.

November 29, 2017
/ by
dayliliesinaustralia
Ask A Question