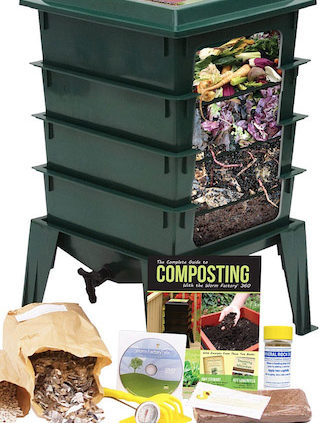 Worm Bin: Instructions How to Set Up New Worm Bin 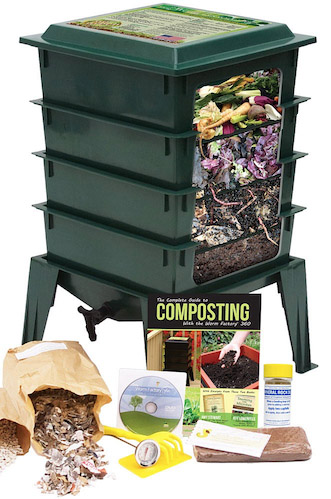 The DIY compost worm bin is a powerful addition to any flower or vegetable garden. To be able to grow healthy plants you need healthy soil one way to do this is to set up a new worm bin so that the worms can breakdown and recycle your food scraps, plant material and organic matter for the earthworms to consume and excrete worm castings back into the soil for food for other micro-organisms and plants to feed on, this is called vermicastings. These worm castings are a very rich natural fertiliser that can be added to your garden at regular intervals. Compost worms for example red wigglers can be also sold as fishing bate. With a little bit of work and a bit more know how you’ll soon be producing your own organic fertiliser to rival that of what comes out of the fields at Australian Vermiculture.

Just about anything can be used as a container for vermicomposting to provide your worms with a comfortable home. Try to keep it as natural as possible as you are attempting to recreate their natural environment. If worms don’t like where they’re living they invariably will just get out and pack up their bags and leave. The good thing about the vermicastings is that they can be used on the garden straight away or you can just store the manure, comparing with a 6 month waiting period for horse, cow, pig and sheep manures before they can be used. Worm castings help to clean the environment along with helping to regain a healthy green earth. Did you know worm castings are pathogen free?

How to Start a Compost Bin with Worms

How to build a worm farm, you can use a decent sized plastic container or an untreated wooden box besides this you could buy a manufactured tumbleweed worm farm an already made worm farm that you can buy here in Australia. The first things you will need to set up your vermicomposting bin is the bedding materials, firstly on the bottom of the container you will need to add in a coco coir brick that has been soaked in water till the brick expands fully, this helps to keep the right moisture in your worm farm, then fill the container with organic bedding materials by pre-soaked shredded newspaper and garden soil these are excellent starting materials for your worm bin. If you have a homemade worm bin you will need some damp hessian bags to cover the worms to keep the worms in the dark. Make sure the worm factory is well ventilated by drilling some holes in the lid to use as air vents. Your worm compost bin should be kept in the shade at all times.

What to feed worms in a worm bin

How to Maintain a Worm Bin – your worms will need feeding and it is best to introduce small amounts of food waste to start with until your worms get used to their new environment primarily they will not consume their maximum amount of food from the start. Almost all kitchen and garden scraps cooked or raw food can be added for example fruit and vegetable peels are all tasty treats, as are coffee grounds, eggshells need to be crushed well, tea leaves, a few grass clippings, but no meat or dairy or bread products as you are only inviting mice, but a small amount of acidic products are ok. When you see small white worms in compost bin means that the worms are multiplying. Once the worm population multiplies really well this will slow down the worms from doing their job, when this happens it is best to start another system by moving half the contents over to a new bin, you can either go fishing more, give the worms away or make a vermiculture trench or sell them as the worms are going to multiply more and more.

Compost Worms for your Worm Bin

The best worm varieties to add up into your worm farm are compost worms distinctively named, red worms, blues and tiger worms, these worms have a big appetite which is real important because the more food the worms consume the more compost that is made with this, these worms are quick breeders. You would need about 1,000 worms to start your vermiculture project with. Worm tea can be made out of worm castings as well

If you find that lots of compost worms are trying to escape check your bedding material as worms don’t like a dry environment or an over wet environment either. Most worms find bleached office paper distasteful. If the worm farm has been working successfully up until now then it may have been something new that you have added which hasn’t been added before. Try to remember back to what you put in and see if you can remove it. Avoid using that material in the future.

How to remove compost without the worms

You don’t want to be spending hours picking worms out of the vermicompost bin so here’s a simpler method. Move everything to one side of the bin and then place any leftover material to the side you just cleared.  Now all you need to do is to add some tasty scraps to that new side and pretty soon all of the worms will migrate over. Now you can just add the recently vacated material to the garden without worrying about losing any worms.

In Australia and New Zealand, more gardeners are working to design and produce a sustainable garden, this is another way to do such by the home vermiculture system using the ground worms to break down our kitchen scraps to make nutrient rich worm castings or even liquid worm tea that our garden plants will love.

January 18, 2014
/ by
dayliliesinaustralia
Ask A Question