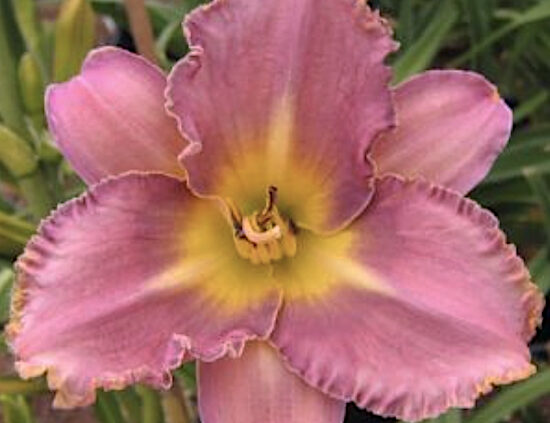 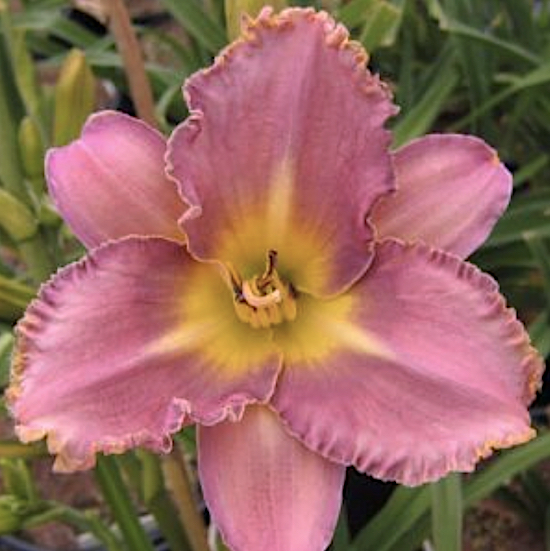 One of the most interesting types of daylilies is the Sandy Denny Daylily. This specific flower is named after a famous English singer and songwriter. For those of you who may not be aware about the story of the life of Sandy Denny and how she inspired people through music, here are some of the most important things that you should know.

Sandy Denny was known to be the lead singer of the folk rock band, Fairport Convention. Her full name is Alexandra Elene Maclean Denny. She was born on the 6th of January of 1947 and aside from being the lead singer, she also composes and writes various songs.  She is very well known for the titles “pre-eminent British folk rock singer”. Fairport Convention is not her first band. She was once the lead or another folk band which is the Strawbs. After working with the said band for quite some time, she left and joined the Fairport Convention in the year of 1968. A year after, she left the said band and formed a new one in 1970 which was called the Fotheringay.

Sandy Denny was able to release four albums in the name of Rendezvou, Sandy, The North Start Grassman and the Ravens and Like an Old Fashioned Waltz. These albums were released from the years 1971 up to 1977. She even had the one of a kind chance to sing a song with Robert Plant on Led Zeppelin IV back in the year 1971.

A lot of music publications and enthusiasts truly recognize the greatness of Sandy Denny and her music. She has been considered as one of the best and the finest female singers and songwriters in entire Britain.  Her songs have been crowd favourites and have been revived and recorded by various artists like Nina Simone and even Judy Collins. This simply goes to show that Sandy Denny had made a huge impact in the music scene.

Looking Back To Her Early Years

At a young age, Sandy Denny had already been exposed to music. She was able to study classical piano during her childhood years. Music had also been running in the career and interests of the family. Her grandmother is known to be a very good traditional singer.  Aside from showing the eagerness to learn classical piano, she also expressed great interest in singing. At first, her parents refused to support her interest because they thought that it would be difficult for her to have a stable income by pursuing such.  She initially entered the Coombe’s School for Girls and after that, she trained at the Royal Brompton Hospital as a nurse.

She did not pursue her nursing career for a long time. Her passion for music still lives through her. With that, she enrolled herself at the Kingston College of Art back in 1965. She was primarily involved in the campus folk club which shows why she focused on folk rock music for her career. Eventually, she was able to work in various folk clubs in the area during the night where she sang traditional folk songs.

While working folk clubs as a traditional folk singer, she was also given the chance to create professional recordings. She initially was invited to sing for the record label known as the Saga Records. Her first recordings included songs and covers and traditional and contemporary folk songs. Some of her recordings were released as part of the albums with Johnny Silvo and even Alex Campbell.

Because of her growing career in the recording industry, she had to abandon her education at the art college where she was enrolled to. She gave all her time and effort to music. While performing in one of the folk clubs, she was invited by the Strawbs to join their band and was able to record one album with them. One of the songs she personally composed, “Who Knows Where the Time Goes” was then covered by the famous American singer Judy Collins.  This gave Sandy Denny a huge exposure in the international scene not as a singer but as a songwriter initially.

After being able to join the Strawbs for quite some time, she had to leave the said band and look for a new one which could give her greater opportunities as a vocalist and songwriter. Her search for a new band had been successful because she was the top choice in an audition made by the Fairport Convention band. Her personality and expertise in music definitely stood out among all other candidates for the open position. She eventually joined the band and made three albums with them.

Moving On Alone: The Solo Career

The Death of Sandy Denny

In the year of 1977, Sandy Denny was engaged in too much substance abuse even during her pregnancy. She lost her old self and was unable to take care of her child properly. Later on, she collapsed and fell into a sudden state of coma which eventually led to her death after four days.