Rust Diseases on Leaves of Plants - Daylilies in Australia 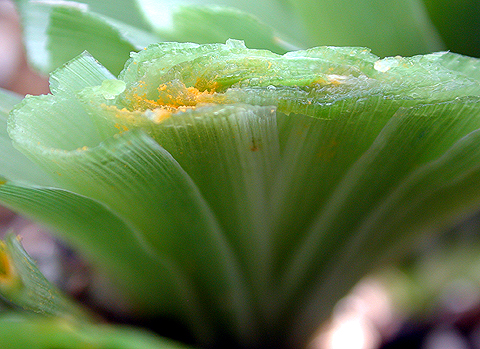 Rust Diseases on Leaves of Plants

Learn About Rust Control and Treatment in the Flower Garden

Rust can be a common plant disease that affects a lot of different garden plants, in fact, an estimate of 7000 species, which is caused by a pathogenic fungus. I did a separate post on daylily rust here if you are interested in that. Trees, shrubs, fruits, vegetables, bulbs, grasses, herbaceous, perennials and bedding plants are all vulnerable to rust diseases. Rust fungi are an obligate parasite in other words an active host is needed to complete the rust cycle. When the plant is infected with rust it is usually attacked by the leaves above all the outcome can be that the plant leaves are heavily infested with rust spores that look like coloured powder, this can definitely diminish the plants leaves by affecting the vigour and the plants health the flower production as well as its aesthetic value because the more the leaves are infested with rust spots the less sunlight that can get to the plant this making less photosynthesis by less eating and breathing when the plant is utilising sunlight. Rust thrives in damp conditions but give your plant what rust hates and that is a dryer lifestyle and this will help lessen your plants rust problem. Rust spores between the leaves in the crown of a plant that has been cut back. (Photo by D.S. Mueller)

Potential Victims of the Rust Disease are Hollyhock flowers are greatly affected by the rust fungi, but other host can be Antirrhinum Bluebell, Fuchsia, Pear Trees, Poplar Trees, Rose Bushes, Vinca, Chrysanthemum and Alliums species together with some Vegetables show signs of rust on the leaves and can be affected by this fungus most beans are susceptible to rust as well as field wheat, tomatoes, squash and cantaloupes.

Symptoms of the Rust Diseases

Rust diseases usually occur in the mid to late summer and autumn seasons, when the weather temperatures are mild and a good amount of humidity. They affect leaves the most, but sometimes stem and even flowers and fruits also get damaged by them. Rust fungi have many species and every species affects their own specific plant host. Nevertheless, one can identify a rust disease by observing the major symptoms that is common to all rust fungi these are pale spots on the leaves which eventually become spore pustules usually present in large numbers, especially on the undersides of the leaves. Pustules may be of different colours some are rust coloured while others can be yellow, orange, black, brown or purple.

There are other symptoms involved as well you may see thousands of pustules on a single leaf, besides leaves, pustules sometimes occur on petioles, stems or very seldom on fruits and flowers too. Moreover, when the leaves become severely affected by the disease they turn yellow in colour and wither. Very harsh infections often cause the plant to lose its vigour leading to stunted growth and in some extreme cases the rust of Antirrhinum, the genus that includes the snapdragon plant can be killed.

Organic Sprays – Some remedies like adding neem oil, a botanical fungicide and pesticide can control rust diseases. My other garden fungicides that you can use are liquid copper fungicide sprays are also known to be very effective. A weekly spray of sulfur can prevent rust disease occurring and can also treat the already present garden rust disease. Some gardeners recommend baking soda for rust fungus control, try it!

Cultural Control – Like all the other fungal diseases, rust disease also thrives in wet conditions, therefore in order to reduce the likelihood of the disease in your garden do not use overhead watering. Instead, use a drip irrigation system to supply water to the plant roots deep underground, but if that is not possible, then water your garden early in the morning so that the suns heat will dry your plants foliage by dusk this will keep the damp conditions down and give your plants dryer conditions which rust hates. Remove all the dead material and do not compost the diseased leaf material.

Chemical Control garden fungerside products are available on the market to help get rid of rust fungi these can be either systemic or non-systemic. When the first signs of the disease appear, start using the product as per the labelled directions. For fruits, vegetables and flowers Systemic Fungus Control Products are used in Australia these are Amistar, Baycor 300, Rose shield and Tilt, a wetting agent would be necessary to make these solutions stick to the plants, in addition, some non-systemic products that prevent rust on plants are mancozeb or yates fungus fighter can also be used to control the rust spots on your plants by alternating these two products, it is necessary to treat your plants every two or three weeks.