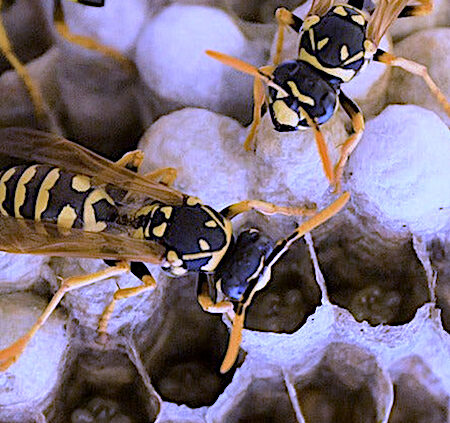 Know About Wasp Control When They Are Less Active

Keeping Wasp Nests Away from Your House and Garden Sheds 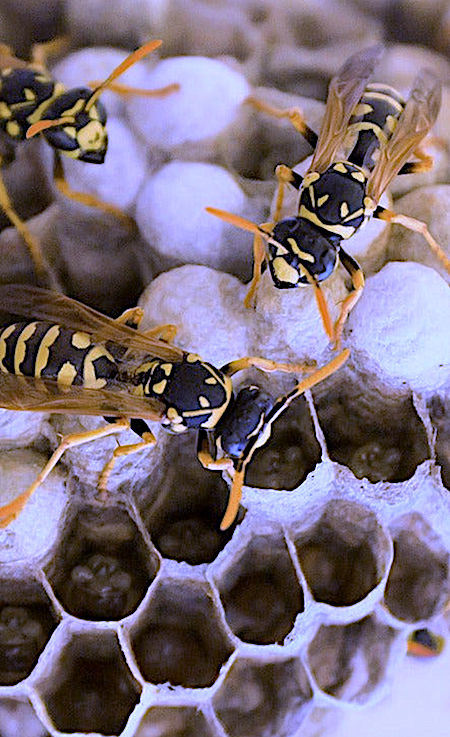 Wasps are beneficial insects as they help in pollination of the flowers and protect your garden by consuming other insect pests.  But, they can become a nuisance as they sting people when they get disturbed. Some people are allergic to the wasp sting. If you have small children at home, it is better to get rid of the wasp nests on your premises. Wasps belong to the order Hymenoptera and show social structure. Only female wasp stings and male wasps do not have stings. There are different species of wasps such as paper wasps, yellow jackets, and hornets. The most common of these is the paper wasps which build nests that resemble an umbrella in upside down position in areas such as tree branches, attics, porch ceilings, soffits or eaves, corners of windows, etc.

Precautions To Be Taken with Wasps

When trying to get rid of wasps, it is necessary to understand what type of wasps has colonised in your property. It is necessary to consider whether you are using chemicals or natural methods to get rid of them. It is best to attempt removing the nest after the sunset when the wasps are less active. Make sure that you have protective clothing when approaching the nest for removal. Never try to swat or squash the wasps. When you hit the wasp, they will release a pheromone which will attract more wasps and make them aggressive.

Ways of Keeping Wasps Nests Away from Your House and Garden

Using chemical methods is not easy as they are hazardous to your family members, pets, and environment. Pesticide sprays which are specifically designed for wasps are available in the market. Always target the bottom part of the nest and spray the pesticide at least for 10 seconds and leave the area as soon as possible. After few hours, check whether there are any wasps near the nest and repeat spraying. When you feel that the wasps are dead, remove the nest using a stick and dispose of the nest and dead wasps.

If you do not want to use pesticides, you can opt for natural methods to kill the wasps.

Prevention is the best way to keep away the wasps from your home. Check the structure of the building regularly for spots that need repair. The damaged siding, panels, and crevices can become the ideal spots for the wasps to build nests. You can also use bottle traps containing sugar and water to attract the wasps and drown them in the solution. Removing the nests can be a dangerous act. It is better to hire professionals to do the job if you are not confident enough. Get immediate medical help if you are stung by wasps especially if you are allergic to it.

The Basics of Wasps

The Life Cycle of a Wasp

I learn’t at school that during the spring season, the queen wasp comes out of hibernation and looks for a place to build the nest. The queen lays eggs in the nest. The eggs hatch into larvae and it feeds on the insects provided by the queen. The larvae pupate by producing a cover over the cell.  The worker wasps are female and they sometimes lay infertile eggs which develop into males or drones. The queen raises the first set of eggs all by herself. Once enough female workers are produced, the worker bees will take care of the nest. The worker wasps expand the nest while the queen lays about 100 eggs per day.  During autumn, male wasps and fertile females develop and they mate outside the nest. The fertilised females hibernate till next spring inside the cocoons. In the meantime, the original queen, the workers and males die and the nest becomes deserted. The life cycle starts again in the spring.

How They Make Their Nests?

At home, I have noticed wasps do not use the nests built in the previous year. The facts are that the fertilised queen selects the right location and produces the nest building material by mixing chewed wood and saliva after it comes out from hibernation. The stalk of the nest is made of a material that repels ants. The queen first constructs one layer and she adds the cells towards the outside. She connects it with the stalk and starts laying eggs in the cells. After some time, the worker bees take over the building and maintenance of the nest and feeding the larvae.

About The Sting of Wasps

Only female wasps have stings and they are the egg-laying ovipositor of the wasps. The ovipositor is modified into a stinger. Female wasps can sting several times because the stinger remains intact once they sting, unlike the bee stinger. The wasps use the stinger for self-defense but they sting only when they are threatened. Wasps will only attack when they feel that their nest is under threat. The wasp’s venom in the stinger gets transmitted to the body of the victim during the attack.

How Does Wasp Become Queen?

In most of the wasp species, the queen looks different from other female or male wasps. They are larger than the workers in the colony. Only the queen reproduces while other female wasps take care of the nest.  In the case of paper wasps, all individuals have the same size. The potential queens have high levels of proteins in their bodies to help them to hibernate during the winter season and come out during spring. Usually, the larvae which are fed with nutrient food become large in size and develop into the queen. In paper wasps and hover wasps, the hierarchy is determined by dominant behavior. All worker wasps have the potential to become the queen. The workers compete by eating the eggs of other females. The female which consumes maximum eggs and safeguards its own eggs becomes the queen.

July 22, 2021
/ by
dayliliesinaustralia
Ask A Question