Liliums: How to Plant Lilium Bulbs the Right Way 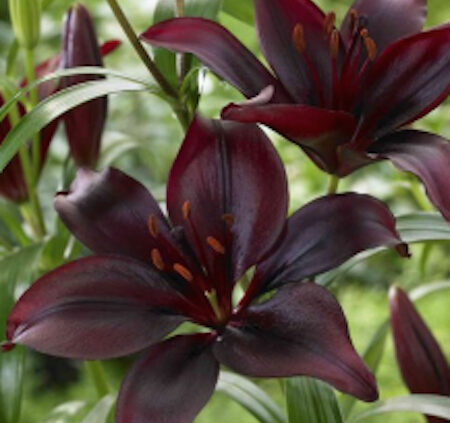 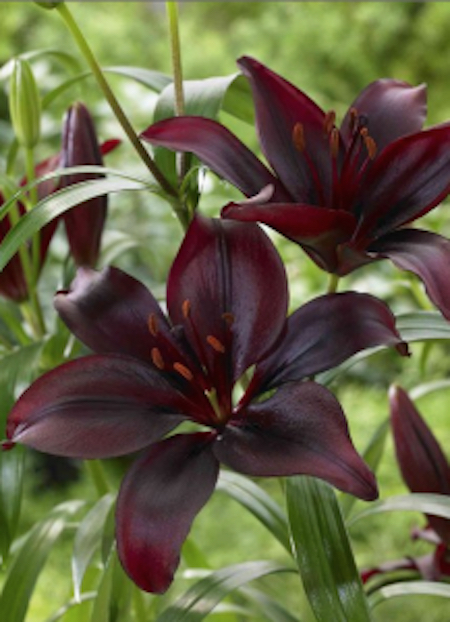 There are many varieties of lilies, but the true lily flower falls into the Lilium category. Most known in the northern hemisphere, Liliums are most commonly found in temperate or sub-tropical regions. They have common factors such as a bulbous state during winter months and large, colourful flowers from the turn of spring to summer. The flowers are on top of the stems that can face outward, upright or nodding. Although deciduous, lilies are perennial flowers with adaptable qualities. These plants prefer acidic soil, however, they can grow in varying habitats including mountainous regions, woodland, grassland, and even marshland. Among the most popular of this species are Turk’s Cap Lily, Madonna Lily, and possibly more common trumpet-shaped lily.

The Turk’s Cap Lily, American Tiger Lily, Turban Lily, Swamp Lily or Lily Royal is also known as Lilium Superbum in binomial nomenclature. These particular flowers are native to the east coast of North America. More specifically, it is found from the south of New Hampshire to Florida and stretches west to Missouri and Arkansas. This species grows anywhere from three to seven feet with each stem hosting an average of three flowers. The flowers range from honey yellow to reddish-orange and may present flamed-tips where the colour changes darker or lighter. All flowers have a green star in their centre which is the most distinguishing factor. The name comes from the shape of the petals which resemble a Turkish cap or the pigment, which is spotted such as a tiger. In the US, these flowers are classified as endangered species. It can be grown from offsets from the main bulb or from seed.

The Madonna Lily is also known as Lilium candidum. It is native to Southeast Europe and Asia. Unlike most Liliums, this species keeps its green leaves through the winter. It grows, on average, to three feet with white flowers. The name is derived from the white, gentle appearance of the flower and mild fragrance; it is referenced in religion as a symbol of purity. Unfortunately, in the states during times of slavery, it was used as a racist symbol. To this day, this type of lily has a racist emblem attached to it due to its history. It can be grown easily from seed.

The trumpet-shaped lily is otherwise known as Lilium Regale. This particular breed is native to China, but in the early 1900’s it was introduced in England. On average, this plant grows to six feet, with a long leafy stem. Due to its tall stocks, these plants may need staking. The flowers are pure white and extremely fragrant. There are normally bright yellow dabs on the stamens. Out of all lilies, this particular type has been known to be the easiest lily to grow from any of its reproductive states. However, it does not tolerate marshy areas.

How to Plant Lilium Bulbs the Right Way 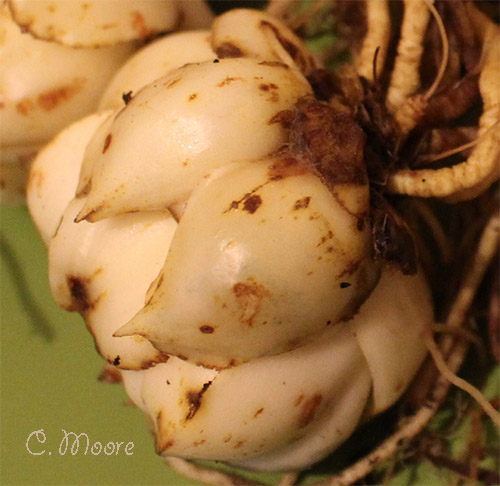 Lilies are usually planted as bulbs, and classified along with other species that are not in fact lilies. The species described above are among the more popular; there are many other types that are less known among the general public. There is a special way that the Liliums are planted either in pots or in the ground but must be planted in rich well drained soil. The Lilium bulbs do have fleshy scales attached to a basal plate from where the roots will come into sight. Liliums need to be kept moist at all times.

Water when blooming, and possibly plan to stake the mature plants due to their prominent blooms when placing the bulb.

February 10, 2014
/ by
dayliliesinaustralia
Ask A Question