Rose How When to Winter Prune - Daylilies in Australia 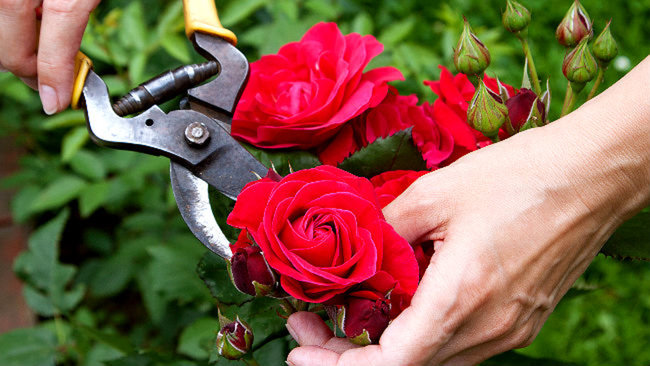 Rose How When to Winter Prune

Pruning roses should take place in July in Australia this is the month when roses have their big prune. Pruning roses can be quite daunting for gardeners. It takes some time to become an expert in rose pruning activities. There is a right way to prune roses and a wrong way nevertheless it is recommended to prune your roses when they are dormant. It is best to do this in winter rather than let your rose plant grow wild. Rose pruning is very beneficial for plants as it encourages better air circulation and much more light which in turn helps the plants to produce more beautiful blooms for the next season. It also makes the shape of the rose bush more attractive and limits the likelihood of diseases such as black spot.

Some General Steps of Pruning Roses

Before starting to prune your rose bush gather some basic tools such as thick gloves, a large bin or a drop sheet to hold pruning’s, a pruning saw, sharp secateurs and some disinfectant such as bleach to sterilise the pruning tools before and in between pruning different rose bushes besides this stops the spread of diseases. The size and vigour of the roses determine how far to cut back. Most roses are cut back to around one third of their size around your knee height, but tall and fast growing roses can be cut back a little harder.

The object here is to replace the old less vigorous branches with young last season’s branches.

You need to aim for 4 no more than 5 (straight with no side branches) main core branches left on the bush after you have finished pruning for next season’s growth. To do this, these need to be preferably last years new wood as this is where you will get your best rose flowers.

The first important thing to know when pruning roses, is to know the difference between a      basal water shoot and a sucker

What is a Basal Shoot – This is a new shoot coming from the base of the rose it is usually red in colour and its growth is very soft meaning these red shoots can be easily broken off. Be careful not to cut or knock these small red growing shoots from the base of the rose when you are pruning the rose. During the year these shoots will grow into strong canes to provide next year’s flowers.

What is a Sucker – A sucker is a shoot or branch that grows under the graft, bud union of the rose plant and ends up very tall because it is very vigorous. Let go and it will flower on its own rootstock which the flowers are usually small and burgundy in colour and not the same as the rose you first bought. If you are able to pull the suckers off instead of cutting them this will stop them from ever growing back.

It is very important that you look after the basal shoots as these grow into next year’s canes to produce next year’s flowers.

How To Prune a Rose Properly

The trick to pruning a rose is to stand back every now and then to see what you are doing.

Standards and stem roses are pruned the same way as bush roses.
Rugosa’s respond to heavy pruning
David Austin roses should be pruned the same way as bush roses.
Cluster Floribunda roses are also pruned the same way but must be pruned shorter.
Prune Heritage Roses the old fashion rose species are grown as shrubs mostly with a minimum amount of pruning, only removing dead spent or sickly wood and shortening what is retained resulting in a much tidier rose bush.
Weeping Standards only flower in spring on one-year-old canes they need to be trimmed lightly removing all dead wood and older canes.
Prune Climbing Roses involves the same principles as bush roses but remember new seasons canes will only produce flowers from the side shoots that are shortened back to two buds.

What is the waiting time from pruning until bloom?

Gardeners mostly focus on deadheading to remove spent flowers and to make the shape of the plant more attractive. This encourages repeat flowering to do this you need to follow the spent flowering stem, down till you see the second 5th leaf, down the stem pruning away from the bud on a 45 degree angle this will encourage repeat flowering.

The timing of rose pruning depends on the rose type and the location. If your rose type only flowers once for the season then it should be pruned after flowering, usually during late spring or early summer. Repeat flowering varieties also need some attention after flowering, but the pruning should not be severe at all. Gardeners mostly focus on dead heading during mild seasons to remove spent flowers and to make the shape of the plant more attractive. This encourages repeat flowering and making your roses less susceptible to powdery mildew and black spot.

Although slight pruning is done during the summers, winter is the season when roses need greater attention and stronger pruning to encourage better growth. June and July are the most appropriate months for rose pruning in Australia however, if you are residing in extremely cold parts of Australia where frost occurs, then delay pruning until August so that the frost has finished, otherwise your roses will be damaged.

June 15, 2014
/ by
dayliliesinaustralia
Ask A Question