What Are Grafts In Plants? Grafting Methods & Examples 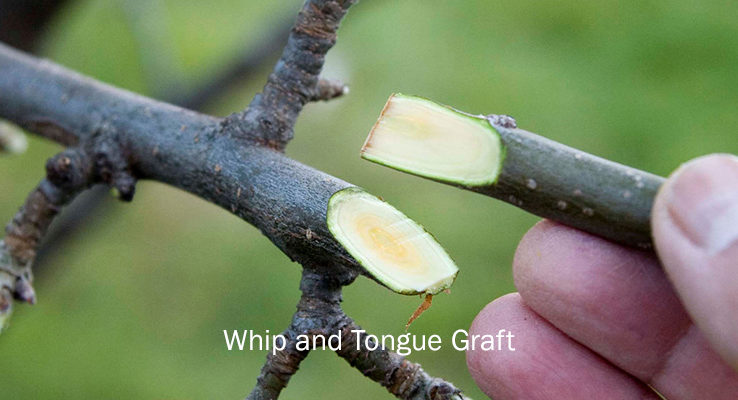 Types Of Grafts Used in Horticulture 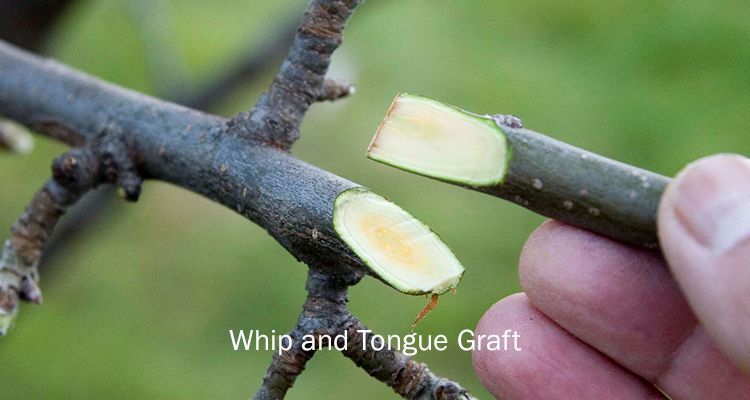 Grafting is one of the most used techniques in horticulture when it comes to developing more productive, resilient to weather conditions and sturdy plants. It is also used to create various hybrids, as the plant obtained through grafting will present a set of features taken from the parent plants. But, what is grafting more precisely? It is when the parts of two plants are united in order to form one single plant. Of course, not every plant part will work. One of the plants must provide the roots and lower part of the stem while the other plant should provide the upper part, which usually consists in a branch or stem.

The operation seems simpler than it actually is. It is not recommended to perform a grafting without having some basic knowledge. One of the most important things is to understand what the cambium layer is and the role it plays in the grafting process. The cambium layer or vascular cambium is actually the live tissue layer of the plants that are about to be grafted. This particular tissue needs to be protected and kept alive until the fusion between the two plants is completed and the area of the graft heals. This may take a while, up to several weeks, so the area of the junction should be properly protected.

What Does Grafting Require?

As mentioned earlier, two types of plant material are needed to make grafting possible. The one that provides the root system of the new plant is called rootstock while the part that will provide the stem, branches, leaves, and fruits of the new plant is called scion. Even if grafting is successful when performed correctly, although various plant species may be used, it is not possible to use any plants for this process. In order for a graft to be successful, the two plants that are about to be joined must be from the same genus. This will ensure that the plants have a similar structure so that the cambium layer will encounter no problems and will be able to create the vascular tissue of a new plant.

The Hygiene of the Tools is Extremely Important

Besides bearing in mind these details, the used tools are also important. The tools that will participate in the grafting process should be properly cleaned and sterilised prior to the process. This is essential as they can carry germs, like fungi and bacteria, which can infect the cambium and compromise the entire plant. So, the hygiene of the tools is essential both prior to and after the completion of the procedure. When using cutting tools, it is highly recommended for them to be washed and sterilised after each use, so that the risks of infections and diseases is reduced considerably.

When is the Best Time of the Year to Take Grafts In Australia?

The grafts that will be used should be taken from healthy and strong plants, and only in the spring. The best months for cutting off the grafts are from October to the beginning of November in Australia. Spring, this is when plants are most active, developing buds and getting ready to flower, so they are most capable of healing during this period. If you missed these two months of the year, then it is recommended to wait until next spring to participate in this operation, otherwise, you risk losing the plants that participate in this operation.

What Kind of Tools and Equipment are Needed for Grafting?

It is recommended to perform the grafting operation with the appropriate tools, in order to minimise the impact of the utilised plants and to make sure that the graft will be successful. A set of tools is required for this process.

As the variety of grafting tools suggest, there are a few grafting techniques that can be used, according to the case. Let us take a closer look at each method, as presented below.

Bud grafting is a method that uses one single bud from a scion, instead of utilising the entire scion, on the rootstock. Most operations involving bud grafting are done in spring before the plants start growing. Although there are cases when this operation is done during winter, while the plants are in a dormant state. Bud grafting or budding will ensure abundant flowers and an improved production of fruits.

This particular type of graft is mostly used for woody ornamentals or for the plants of a nursery crop. With this method, the Nurseryman will obtain resilient and productive plants. The special aspect of this grafting method is that the plant parts are rather short, their recommended size being no more than a half an inch in diameter. Also, the two plant parts used in the process, the rootstock and the scion should have the same size. They are cut diagonally and the cuts secured appropriately, so when they are united, they appear as one and the same plant. 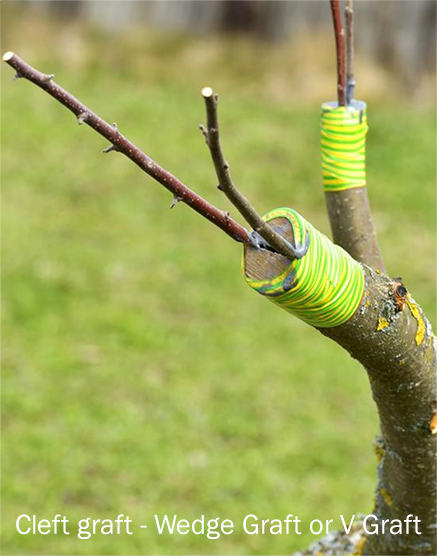 This is one of the most used and well known grafting methods, utilised widely in the case of fruit producing and flowering trees. The purpose of this method is to change the properties of the existing varieties. The best time of the year to perform a cleft graft is in the winter or early in the spring when the plants are still in a dormant state. A cleft made in the rootstock, which should have an appropriate diameter, then scions are added in the cleft, and the area is secured with wax, protecting it against infections at the same time.

Grafting is one of the most used techniques in horticulture

The side graft is a method that is mostly used with plants that root with difficulty, like some species of camellias. It is also used in coniferous species, especially when dwarf varieties wish to be obtained. As the same suggests, the scion is grafted on the side of the rootstock, so that the future plant will grow in width and not that much in height. A thick and compact crown can be formed.

June 2, 2018
/ by
dayliliesinaustralia
Ask A Question