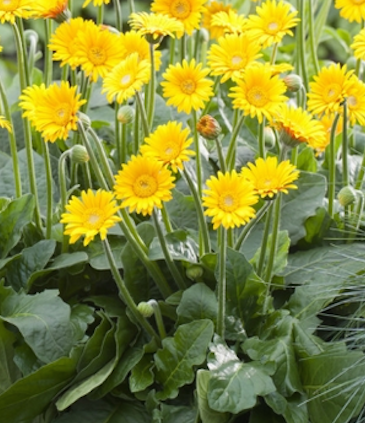 Basic Facts about the Gerbera Flower 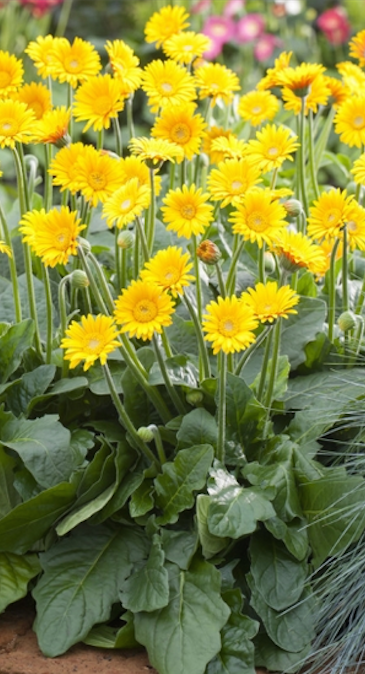 The Gerbera flower comes in at number five on the list of the most popular flowers in the world. It’s a special cultivar with a mixture of unique features and can grow in a wide range of conditions. Although Gerbera flowers are now available in most parts of the world. They were first discovered in South Africa. This explains why some people refer to it as the African daisy. In the early years of their discovery, these cultivars were viewed as wild plants with no significant value. However, today they have become indispensable ornamental plants for most people across the world. Breeders in Australia and other parts of the globe continue to develop new colour palettes of well built, inexhaustible and free growing Gerbera flowers. The new breeds of the gerbera, have led to a significant improvement of the flower’s quality and colours. Later on, in this article, we will look at Mini Gerbera Garvinea.

Gerbera is a perennial flower belonging to the sunflower family and draws its name from a renowned German botanist Traugott Gerber, who also worked as an environmentalist and spent most of his time travelling around the globe in search for herbal medicine. History has it that Traugott made several expeditions to Russia where he once served as a doctor in the military. To date, it is estimated that Gerbera has over 30 wild species. Every Gerbera species comes with a bulky capitulum, which bears two-lipped trace florets, each of which features a wide variety of colours including yellow, pink, red, white and orange.

To begin with, Gerbera flowers are highly preferred for indoor and outdoor adornment. Their bright and attractive colours are great for adding radiance to rooms or gardens. It is for this reason that Gerberas are quite common in the flower market. The other thing worthy of note about these flowers is that they are commonly referred to as Gerbera Daisy. Gerbera Daisy stands for the entire Asteraceae Family, of which the Gerbera is a member. The average size of any Gerbera flower is about 7 inches across. It is also important to highlight that the latest hybrid varieties of Gerbera flowers are less sensitive to the light all thanks to their thick peduncles. This feature makes them the perfect choice for indoor adornment since they will remain open even in the darkest corner of the house.

Gerbera flowers are categorised in four major forms. These are single flowers, double flowers, crested doubles, and full crested doubles. The single Gerbera flowers feature a single row of separated petals that are commonly referred to as ray florets. They also have a green midpoint, also known as the disc florets. The double flowers, on the other hand, feature a double line of petals that lie on top of each other. Their eye comes in different colours including green, black and dark red. Crested doubles also have two lines of petals that overlap each other with the interior rows providing shorter petals and a coloured midpoint. Full crested doubles are a bit different from the rest in that they come with solid overlapping lines of petals plus an interior row, which is shorter and covers the entire eye.

Flower breeders in Australia and other parts of the world are developing new and better varieties of the Gerbera flower, one of which is the Gerbera Garvinea. This breed has been around for several years, and so far many gardeners can only sing of its amazing characteristics. For instance, the Gerbera Garvinea is known to flower more frequently and consistently than other Gerbera breeds. With this breed, you will have enough flowers in almost every season of the year. Initially, Gerbera flowers were known to easily succumb to rust diseases and weather quickly. The new Garvinea flower has proved to be an incredible performer with most of the bad characteristics of earlier breeds abolished through breeding. Gerbera Garvineas are available in a wide range of colour palettes. If you are looking for a perfect winter perennial flower for your garden, then Gerbera Garvinea is the right choice.

December 4, 2014
/ by
dayliliesinaustralia
Ask A Question