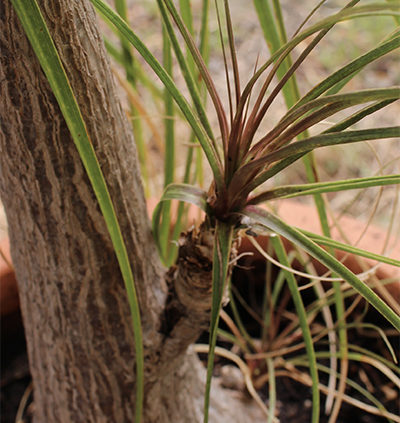 Ponytail Palms (Beaucarnea recurvata) are slow growing plants. They are not a real tree or real palm, instead, this plant belongs to Agave family and is succulent with a bulbous trunk and long narrow leaves, presented like upright ponytails. The slender ponytail leaves cascade from the top of the trunk giving the plant its ponytail name. Its common name the elephant foot tree is known because of its broad trunk base. The care needs of this plant are minimal and are inexpensive to buy which makes it a popular houseplant. The attractive ponytail plant kept indoors, makes the perfect plant for hiding an ugly corner.

How To Grow Ponytail Palm Outdoors

Ponytail palms grown outdoors are very much achievable and they are surprisingly adaptable to any kind of sunlight. Careful attention is required when watering the plants. Overwatering can damage this succulent stemmed plant. The stored water in the trunk helps the plant to survive in sweltering hot dry conditions. When transplanting ponytail palms choose a well drained site, loosen the soil where you want to, plant and grow the Ponytail plant. Before deciding where to plant it, you must take into account the size of the plants will grow in further generations. Even though they are so small resembling a bonsai and slow growing initially. It will take many years of growth and maybe a lifetime before you see the flowering ponytail palm, with its magic flower clusters rising from the head of the plant. Normally in good conditions, they will grow 12 inches a year. A mature fully grown ponytail palm can get to heights of 20 feet tall with a massive 15 feet girth around the base.

The growth rate is very slow grown indoors, fast draining soil such as cactus potting soil will help it reach its full growth ability each year. They will always grow much larger in their native habitat compared to growing them in your custody. It is wise to place them in a location with bright sunlight. Water the plant only when the surface of the soil is dry and less frequently during winter. It is necessary to re-pot the plant when its root system fills out the pot, this will help spur on the plant to produce a big strong palm.

How to Care For Ponytail Palm

To care for the ponytail palm correctly requires, for the plant to be pot bound before it is repotted. When repotting, use a pot which is a little more roomy than the earlier pot to replant in. When you use ample size pots, there are chances that you water them too much at once. This leads to damaging the root of the plant. Pull away the dead dying leaves as they brown off. Make it a chore to fertilise the Ponytail Palms twice yearly or every 4 months. You must be aware that excessive fertilisers can cause browning of the leaf tip. Small amounts of fertiliser is better used more often. 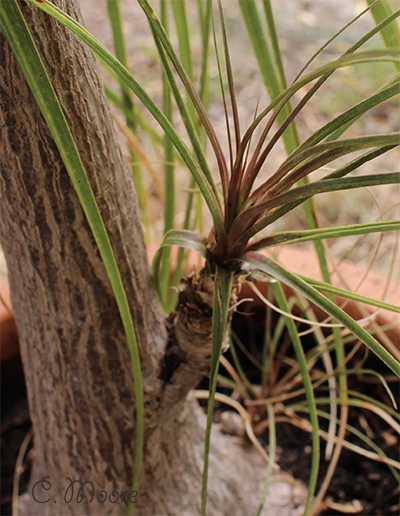 Ponytail Palm is usually a single stemmed plant and it is not advisable to prune the plant. However, you can remove the discoloured leaf tips using a sharp pair of scissors.

This plant can be propagated by using the suckers or pups. Baby suckers develop at the base of the trunk of the parent plant. By removing the sucker side shoots from the parent plant in spring will give you a separate plant to replant that is true to form, I am yet to try it.

February 5, 2017
/ by
dayliliesinaustralia
Ask A Question